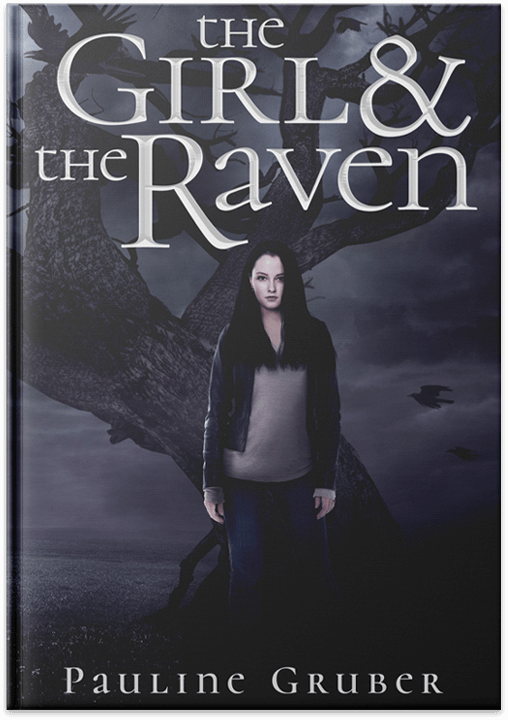 The Girl & the Raven

The Girl and the Raven Series, Book 1

She just wants to fit in. But can a gifted teen find her place when she’s caught between good and evil?

After the sudden death of her mother, Lucy Walker leaves her small town for a fresh start in the City of Chicago. Lucy hopes life with her uncles will be less dramatic than the one she left behind. But her hopes are quickly turned upside down.

Beginning with a disturbing encounter at the airport, Lucy steps into a world she never imagined. From the discovery that she’s half-witch, half-demon, meeting the father she never knew, and run-ins with the mysterious boy who lives in the apartment upstairs, Lucy’s new life is not what she expected. And her world becomes even more complicated when the family’s treasured raven goes missing.

Persistent attacks from a dangerous stranger temporarily sideline Lucy’s search for the beloved family pet. Despite her reluctance to embrace her new gifts, Lucy is forced to team up with her brooding, dark-eyed neighbor to hunt down the truth. But when she discovers the connections between her own history and the secretive boy’s true nature, she’s thrust headfirst into an ancient battle…where choosing the wrong side could prove fatal.

Will Lucy accept her destined role before the darkness destroys everything she loves?

The Girl and the Raven is the thrilling first installment in The Girl and the Raven YA paranormal romance series. If you like imperfect witches with badass magic, young sorceresses trying to find themselves, and epic clashes between light and dark, then you’ll love Pauline Gruber’s enthralling tale.

Listen to The Girl and the Raven Playlist

Available at the following retailers

The Girl & the Raven Playlist